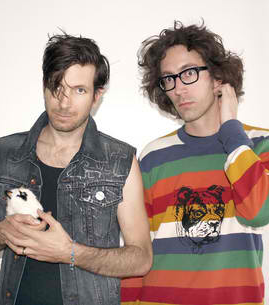 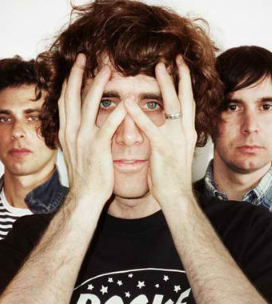 Both Poolside and the The Rapture put on a stellar show last night at the Belly Up Tavern in Solana Beach, CA. 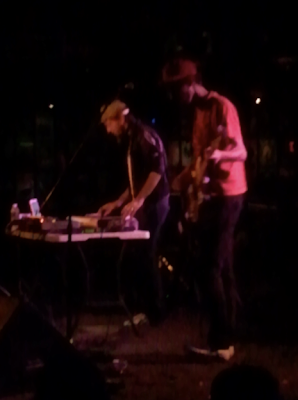 LA duo Poolside (Filip "Turbotito" Nikolic & Jeffrey Paradise) started it off with some laid back daytime disco. Playing with several different tempos, they pleased the crowd with their feel-good tunes,  taking slight breaks between tracks to take healthy sips from their drinks. They got everyone moving with their hit single "Do you Believe" and closed with the brand new track "Take Me Home", featured as the first track in Aeroplane's upcoming "In Flight Entertainment" mixtape, out on October 24th. These guys have great style and sound. 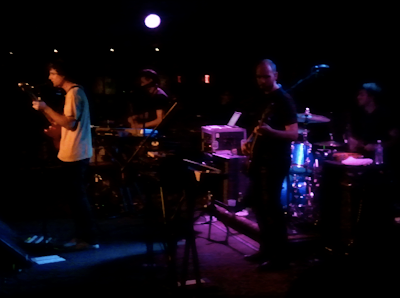 The energy built when The Rapture took the stage. Starting with bold bass drum kicks, they memorized the crowd into a dance-punk fever. When lead singer Luke Jenner had the crowd in his power, he jumped off the stage and navigated the dance floor as he belted euphoric sounds. It was one hell of a show packed with soulful lyrics, pulsing synths, and pounding drums.

Listen to the fifth track of their recently released third album "In The Grace Of Your Love" here:


Don't miss Poolside playing with The Rapture at these upcoming shows:

Email ThisBlogThis!Share to TwitterShare to FacebookShare to Pinterest
Labels: Nu Sounds, So Fresh