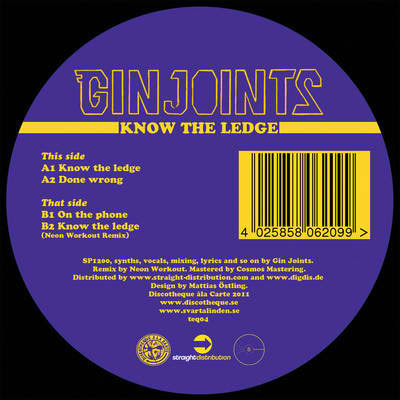 Sweden's Gin Joints started DJing at the age of eleven thinking it would get him girls. The girls didn't come right away, but he did find a love for making dirty beats. After spending fifteen years making hip hop with several european rappers, he was introduced to the sweet sounds of 80's funk and quickly became a solo artist because his rapper friends didn't understand his new grooves. His debut 12" features three tracks of pure throwback funk and an awesome electro remix of the title track by one of Nu Retro's favorites, Neon Workout.

Discotheque a la Carte recently released this sleazy music video for "Done Wrong". The video is totally improvised, except for the blowing up of actor André Åbergs head which was the only thing in the script. It's certainly entertaining.